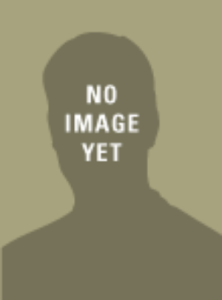 After the battle with the dragon, Munahele went back to live in Razor Coast. He ended up being a big influence with the Tulita, working with people like Mokoli Ali’i to stand up to oppression and slavery. He spent a lot of time in Cheliax trying to get them to stop using Tulita slaves. He made some people rethink their choices, but the majority were too busy praying to the devils to even hear him.

When he wasn’t campaigning for the rights of others, he was writing articles for Heroes Beat magazine. He wrote all sorts of gossip and editorials, and it allowed him to travel a lot. He got to go back to Carcass a couple of times and hang out with the Frost Giants, and he also got to travel to exotic locations like the Cove of the Dead Gods, though it was pretty spooky.

Sometimes he would visit his friends, like Calypso, down in the small nation of Gildhaven. Though after around six months living like this, he was caught doing a medicinal version of sarpa heads for non-medicinal purposes, and was suspended for three months. This caused him to go into a depression, but Nina, Pinta, and Santa Maria managed to cheer him up, and he was back to his normal, happy life.

Cheliax had then declared war on Gildhaven, where Calypso lived, but being a known friend of Cheliax, he wasn’t allowed to visit her, and the closest he could get was the border of Egorian, the main city of Cheliax. One day while visiting, he was invited into the palace, and tricked into being in a disgusting forty person orgy. As he was crawling out, trying to escape, he saw an eagle sitting on the window sill staring at them. For some reason he felt a connection with this eagle, and knew that he should cut his relations with Cheliax. Soon after, they fell in the war against Gildhaven. Munahele never figured out why he had a connection with that bird.